For many years and possibly still today, the world wide web (www) was the Wild Wild West. The internet had no boundaries when the territory was discovered (developed). The internet, like the Wild, Wild West, was attitude too, a sense of adventure and purpose in adversity. “Censorship was impossible” and “anonymity was easy.” Like the Wild, Wild West, it loosed the entry requirements. Cowboys, Indians, Chinese, farmers, Mexicans, Europeans, Africans all came, and although prejudice was still in order, the possibility was still there. Far from equal, WWW freedom was still opportunity – good and bad. White hats and black hats were reborn.

And the Pacific Ocean is as yet unknown.

This would be a great hook into literal reference to the Bible and the modern western movie the Quick and the Dead, but it doesn’t fit. Bruce Schneier’s TedX talk entitled “The future of Internet, Privacy & Security”   Mr Schneier posits the Quick and the Strong for privacy and security issues in regard to distributed and organized power struggle in the age of the Internet.

The Early Adopters had the skill sets to realize the capability of www. As Mr Schneier points out, their vision created a brave new world of crowd sourcing, social networking, mass media and ecommerce … a pure international agora. Unfortunately, the community is not Utopian. Not without nefarious characters with the same vision, the marketplace also includes ill intention – hacking, identity theft, and graft.

The Quick are nimble and adept in utilizing technology, which is more than poignant in consideration of the technology hyper-cycle of innovation and reproduction. The Quick morph and maneuver ahead of the wave. The Quick though are distributed and such independence has limitations. The Strong eventually catch up.. or do they?  Do we want that?  At what privacy cost?

The traditional power mavens – governments, corporations, institutions – eventually caught on. As services and apps increased in number and capability, we as consumers voraciously came to the table again and again. Our data is owned by them through this appetite. These vendors learned more and more of our habits and needs, and government listened in.

Thus the Strong are slower to catch on (Mr Schneier’s Agatha Christie novel comment is classic!) The Strong wield a heavy weapon, hard to pick up but much more fruitful and forceful when swung accurately.

Mr Schneier proposes most of us are in the middle. We accept the restrictions and forge into the capabilities because to do less than that is not only futile but ultimately self-defeating. It’s unconventional war, although fortunately, not in the sense of mass destruction. The balance lies in what Mr Schneir says is the natural crime rate versus what society will tolerate.

So how does the Middle survive? Thrive? 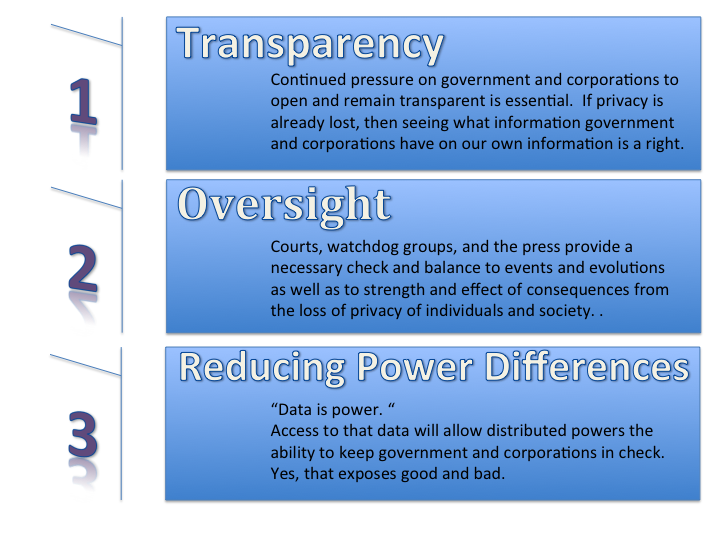 What are you? The Quick, the Strong, or the Middle? Mr Schneier explains why we all need to know.