The Internet of Things (IoT) is different things to different people.  To someone a bit more … inspired … it is a fantastic stellar journey into the possible.  For others, IoT is a bit more functional.  Madhu Murgia reports on A few viewpoints of where IoT is going.

Marc Andreessen: ‘In 20 years, every physical item will have a chip implanted in it’

The hype around the Internet of Things has been rising steadily over the past five years. In tech analyst Gartner’s Hype Cycle for Emerging Technologies report in 2015, the IoT is at the peak of “inflated expectations”, particularly for areas like the smart home, which involve controlling your lights, thermostat or TV using your mobile phone.
But the era of sensors has only just dawned, according to renowned technology investor and internet pioneer Marc Andreessen. In 10 years, he predicts mobile phones themselves could disappear.
“The idea that we have a single piece of glowing display is too limiting. By then, every table, every wall, every surface will have a screen or can project,” he told the Telegraph. “Hypothetically you walk upto a wall, sit at a table and [talk to] an earpiece or eyeglasses to make a call. The term is ambient or ubiquitous computing.”
The end state is obvious – every light, every doorknob will be connected to the internet.
Which is why he has invested $25m into Californian startup Samsara, which is the first of a new generation of “internet of things” devices that solves huge industrial problems, rather than turning your fridge or your toothbrush into a portal to the web.
“This second wave of companies, they don’t want to just do “internet of things”,” Andreessen said. “They are showing up three years later, saying ok I know exactly how this is going to get used. It’s for real businesses in industrial environments.”
Gartner backs this claim – it predicts that businesses alone will double spending on internet of things units by 2020, going from $767 billion to more than $1.4 trillion. 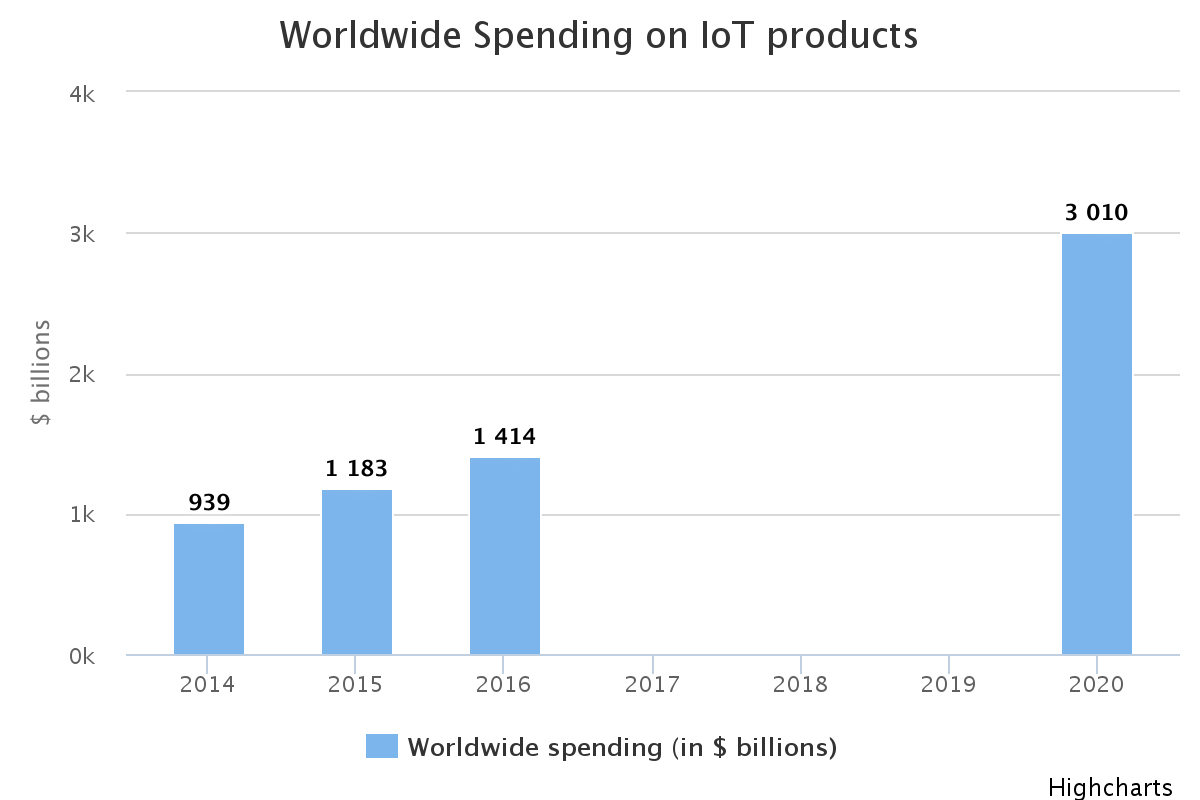 Other startups in the space include San Francisco-based Helium, which has raised $16m from investors like Khosla Ventures and Ayla which has raised more than $25m from the likes of Cisco. In fact, according to analyst CB Insights which tracks investments, IoT startups have garnered $7.4 billion investment dollars cumulatively, having more than doubled their funding in five years.
Samsara, for instance, provides sensors and data analytics in the cloud for heavily instrumented industries like pharmaceuticals, transport, power and water.
Pharmaceutical companies transporting drugs or vaccines need to constantly monitor temperature; logistics or delivery companies track their fleet of vehicles over long distances; and perishable food companies need to monitor internal temperature and humidity of trucks to check if their goods are spoiling. 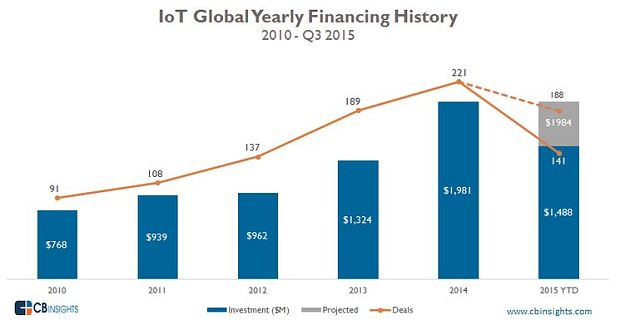 Samsara is already trialling its product with a range of industries, including well-known American yoghurt manufacturer Chobani, two multinational pharmaceuticals, and city water districts that want to monitor energy consumption patterns of water pumps, amongst others.
“The problem is that manual measurements are very common in hospitals, pharmaceutical delivery chains, and even the distribution of dairy and meat produce. Someone actually goes to the warehouse to fill out a report with pen and paper every 3 hours,” says Samsara’s CEO Sanjit Biswas, whose previous network technology startup Meraki sold to Cisco for over $2 billion.
His big idea: installing cheap sensors, and uploading and analysing data to the cloud makes Samara 1/10th of the cost of existing industrial sensors (complex systems made by huge incumbents like Intel), and deployable in under 10 minutes.
“If you want a tailored system, someone like IBM will build you a custom solution but it usually costs $5m so it doesn’t make sense unless you’re a large company,” he explains.
Andreessen is a fierce believer in the impact of this wave of software-driven sensor startups. His core thesis is that over the next 20 years every physical item will have a chip implanted in it. “The end state is fairly obvious – every light, every doorknob will be connected to the internet. Just like with the web itself, there will be thousands of of use cases – energy efficiency, food safety, major problems that aren’t as obvious as smartwatches and wearables,” he says.
A report from Accenture this year estimated that this new Industrial Internet of Things — which has also been called the fourth industrial revolution or Industry 4.0 — could boost the British economy alone by $531bn (£352bn) by 2030.